Joseph has been promising to produce this notarized subpoena to prove that it was actually executed but to this day that document has not been produced and every time he says he will produce it there is an excuse of why he cannot put forth the document which he States has been notarized.

So……. What is the deal with this document and why is he playing this game about showing myself and the community the notarized subpoena to Twitter…?

And another question that should be asked of Joseph Anderson is why he is ignoring the fact that my counterclaim has been dismissed because of his motion to dismiss my counterclaim…?

if you notice in the document from the court it states that the motion was granted.

Why is Joseph denying the fact that my counterclaim has been dismissed…?

A default judgment does not constitute a guilty verdict….. It just means that the summary judgment was not answered. But it has no bearing on guilt.

It sure seems like this is being drawn out a long time and as we will know Joe likes to prolong things, so what is his actual motive behind his actions.

Below is an email from Joe on April 18th

On Mon, Apr 18, 2022 at 11:04 AM Fulk Stop <fulkstop0000@> wrote:
File my motion to compel, Bron. Everything is on my older laptop and believe it or not John’s case isn’t my top priority. I DO have other things going on in my life. You will see it when it you see it. I gave myself a self-imposed deadline of tomorrow, if that doesn’t work for you, I’ll push it back tl Wednesday. I’m not going to be pressured into rushing the motion. Sorry.
Let’s not forget, I already won Summary Judgment.
I filed my Motion to Dismiss John’s Counterclaim right after I won Summary Judgment, and the Court hasn’t ruled on that yet. So I have a Motion that I filed months ago that hasn’t been decided.
Every step along the way in this process, there’s been pressure on me. I already won the case, so the ips are just EXTRA  evidence I’m gathering to show people it’s John.
So you’ll get it when you get it. I have other things going on right now. I said tomorrow I will file my Motion, but where the Court hasn’t even acted on my Motion to Dismiss yet — after MONTHS — it may be months to hear anything on this.
John can verify I filed my Motion to Dismiss months ago.
So be patient, or don’t. I’ll still continue with it, and you will get the ips, whether or not you keep pressuring me.
These things take time.

There is a lot more than meets the eye behind the whole Joseph Anderson and Jourdan Foust aka Bonnie and Clyde duo.

And now it seems as though Joseph Anderson has jumped in the ring with Jim Connolly on Reddit as a tag team against me.

One thought on “Joseph Anderson – Excuses are a Sign of Weakness” 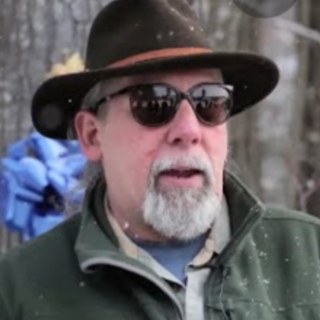